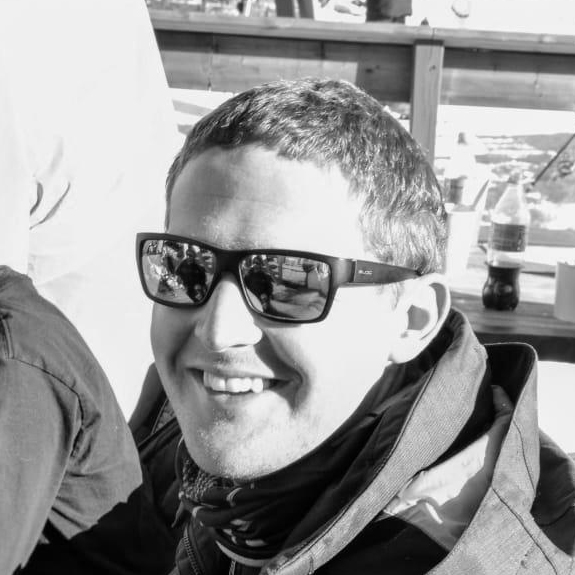 Should you give us a call to have a chat about any of our chalets, it’s highly likely that it will be Morgan on the other end of the phone. Morgan loves to chat, and ski holidays are his specialist subject.

Originally from Yorkshire, Morgan now splits his time between the Lake District and the French Alps. How’s that for ‘outdoorsy’? In fact, Morgan loves being outdoors so much he’d probably sleep in a dog kennel if it had Sky Sports.

After meeting his wife Fiona whilst travelling in Australia, Morgan upped sticks to the ‘wrong’ side of the Pennines and settled in Manchester, working in sales for an international flight broker. However, the office walls began to close in and before long, plans were afoot to swap office life for chalet life.

Luckily for us, those plans came to fruition and, one winter season later, Morgan and Fiona joined The Alpine Generation full time. Now, Morgan tries to achieve the perfect balance of chatting to guest about skiing, and actually skiing.*

* Which is handy, because to be honest, he needs the practice. 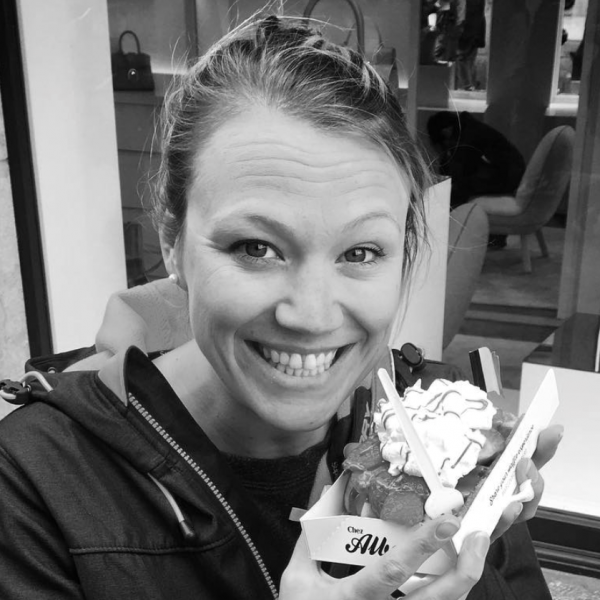 Not only does Fiona have a black belt in chalet cake making, she can also format a better spreadsheet than most city analysts. How’s that for multi-talented?

This Lancashire lass has been skiing since the tender age of 3, and has a collection of distinctly dodgy oversized sunglasses to prove it. No surprise then, that she ended up swapping the Manchester drizzle for the fluffy snowflakes of the French Alps.

After several years working for a large, international flight broker, Fiona and her husband Morgan decided that a ski season in La Tania was the ideal career break they needed. One winter season later and that break became a permanent one; joining The Alpine Generation full time.

Fiona combines her many year’s experience in travel sales with her extensive experience of in-resort operations to advise and assist our guests with their holiday arrangements.

Random fact: Fiona once flew to Hawaii for 48 hours, a holiday duration she does not recommend! 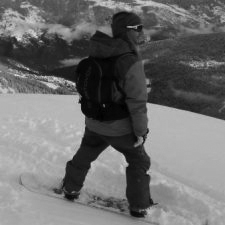 Ben is an instructor-level snowboarder and road cycling guide who has spent most of his career in operational and client-facing roles for a variety of tour operators. Having spent time in various European countries he is now heading into his 17th season in the 3 Vallees.

Ben takes responsibility for the delivery of our service across all our chalets, applying his unfailingly high standards and common-sense approach to get the best from our teams and ensure we deliver a high-quality and consistent holiday experience.

Never afraid to get his hands dirty, rumour has it he was once spotted supervising chalet hosts whilst they vacuumed chalet walls! Claim to fame: When Ben first dropped ‘that time I took Boris Johnson canyoning’ into conversation, we thought it was a test to see if we were listening. Turns out he actually did take Boris Johnson canyoning. Who knew?

Disclaimer: Ben would like to make it clear that this was a purely professional engagement and that he does not spend his weekends partaking in extreme sports with government ministers. 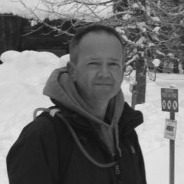 A keen skier and runner, much of the early part of Graham’s career was spent working as a consultant to the banking industry*. After leaving financial services in search of a new challenge, and the opportunity to work on his somewhat “unique” off-piste technique, he is now entering his 7th season in the Alps.

A self-titled “ideas man”, Graham drives us all crazy with his tendency to produce 100 new ideas a day (usually a mix of good, bad, and the downright impossible). With his eye firmly on the bigger picture, Graham’s main focus is product and partnership development – in particular the sourcing of new properties, and the development of summer activity holidays. 7 years into this challenge, his enthusiasm and desire to make The Alpine Generation the best at what we do remains one of his key attributes.

So, unfortunately, does that somewhat dodgy off-piste stance. But you can’t have everything can you?

* A fact that he very much hopes you won’t hold against him. It’s not his fault; promise. 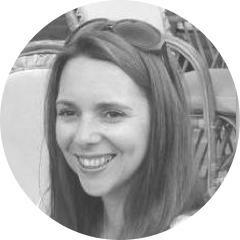 Kelly left her career in the financial services industry to co-found The Alpine Generation, and with hopes that she would one-day become cool by learning to snowboard*. She currently splits her time between listening to Graham’s ideas (naturally), and working the resort teams to make sure all our guests (past, present and future) are happy.

A former client relationship and project manager, she’s well aware that the devil resides in the detail. Kelly’s main focus is on after-sales consultancy and planning – helping to make sure our clients have all the information and support they need to have a relaxed, hassle-free holiday.

Working with the Operations Director and the Resort Managers, it’s Kelly’s responsibility to make sure that all of our guests’ vital information is passed to the chalet hosts, and that we provide the very best advice on equipment hire, lift passes, childcare and lessons.

* In the interests of full disclosure you should probably know that Kelly still cannot snowboard, but did pick up a broken arm and knocked out tooth for her efforts.

What our guests are saying about us

Where do I start! The holiday surpassed all our expectations? The chalet was beautiful. When we first were greeted by our hosts we knew we had struck gold! Their friendliness, enthusiasm, care was exceptional, nothing was too much trouble. Their cooking skills were phenomenal, I have never eaten so well on holiday!

We will certainly recommend your company. Thank you for everything! — J.U

Being so close to the piste was a real treat – the first chalet where we have been so close,  and having loads of fresh snow. We had a really great week.  The hosts coped really well with it being their first week as chalet hosts, and Christmas week as well.

They had a really great service ethos – greeting us in heavy snowfall when we arrived to help us down the steps from the road with our bags, booking us in for our night of eating out, keeping the wine flowing 😉 and getting up to see us off early on departure day. And their cakes were excellent! Pre-arrival communication with head office was really good too and it was good to see Fiona and Morgan swing by too. — S.D

We have done lots of chalet holidays before, but were really impressed with The Alpine Generation. The chalet hosts were fabulous and the food the best we have had in years!

Would highly recommend and we will be back! — R.W

We thoroughly enjoyed the whole experience with Alpine Generation. Chalet was lovely, location ideal, and our hosts were fantastic.

We were warmly welcomed and extremely well looked after throughout the week. Food was plentiful and high quality, so we really couldn’t have asked for more. – M.W

“During the lead up to our stay Alpine Generation were very helpful in planning every item of our trip. On the day with people turning up late and flights being delayed our transfers were made flexible enabling everyone to get to resort.

Excellent hosts and the standard of food was excellent, the chalet was always clean and homely.” — P.A.

Perfect hosts. They made the place feel like a home away from home. The food was delicious and our meal times were always to be looked forward to for both the quality of the meal and the atmosphere at the table. Both were incredibly friendly, knowledgeable, helpful and professional. An absolute asset to the company, I would definitely recommend staying with them to guarantee a fantastic catered accommodation service.

I couldn’t have asked for better and had never experienced anything even close. – L.W.

“The entire week went like clockwork and we absolutely loved it. Tom and Frances worked so hard, 2 sets of meals and noisy kids might have pushed other hosts over the edge, but they really were marvellous and took it in their stride.

Thanks to you and all the team, we had a very special week with our chums!!” – T.G.

The chalet was comfortable, warm and the bedrooms were spacious. The hosts were excellent and could not have done anything more to improve our stay. Their food was excellent, they catered brilliantly with a fussy eater, were polite, friendly, informative and hard working. Anything we asked for they found out the answer if they didn’t know, nothing was too much trouble.

We had stayed at numerous catered chalets in recent years and I have to say that they were the best hosts we have had to date. – A.P.

The chalet hosts were great, very friendly and professional. Took great care of us. Chalet was clean and tidy. Food was delicious. Skiing was great too!

Service regarding ski hire and passes was fantastic with no stress or hassle and all easily arranged by yourselves. – A.S.

Ready to go? Our experienced team will point you in the right direction

Get in touch with one of our folks

Enquire about this fantastic resort

Enquire about this catered chalet

After you submit an enquiry, someone from our team (like Fiona 👇) will be in touch within the next 24 hours to help you plan an unforgettable holiday. 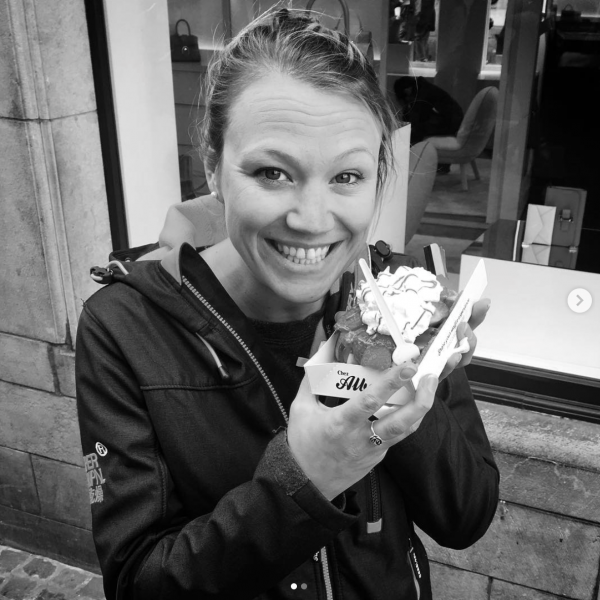 There’s not much that Fiona doesn’t know about ski holidays. A catered chalet guest since the tender age of 3, she’s also done just about every job in resort. A mine of useful information, you can count on Fiona for recommendations, top tips and straightforward, no-nonsense advice.